Sign Up for our MMA Zine and get
INSIDE DEALS

He holds the record for the second most knockouts, in the UFC (Silva is first). With a record of 21-8-0 he was a force to be recokoned with. He is one of the most popular MMA figures of all times. Find out what made him so good, and where he came from... The Iceman 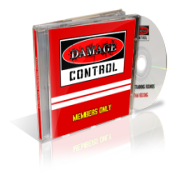 Find out more here
Brian and Brandon teach a plethora of grappling skills. They are very good and have a long list of UFC and MMA fighters who have used their program.
Below is a list of a few of the techniques you can learn. This is a technique program. You are going to be learning actual MMA and jiujitsu techniques.

I like this program becuase it is skills based. Any time you improve your skills you'll up your game. Though fitness is so important, skills training should take up most of your training time. To see some free videos and learn the anaconda choke, just check out their site. We will do a full review soon.
top of MMA Action Figures